In mid of October, NCN has published the third list of eligible grants for MINIATURA 5. The project in the field of exact sciences and techniques, was qualified for funding together with four other projects for the Lodz University of Technology.

The grant entitled “Stimuli responsive systems based on squalene functionalized with ESIPT dyes” was written by Dr. Franciela Arenhart Soares, a post-doctoral researcher in Professor Alexander Steinbüchel’s group at ICRI-BioM. 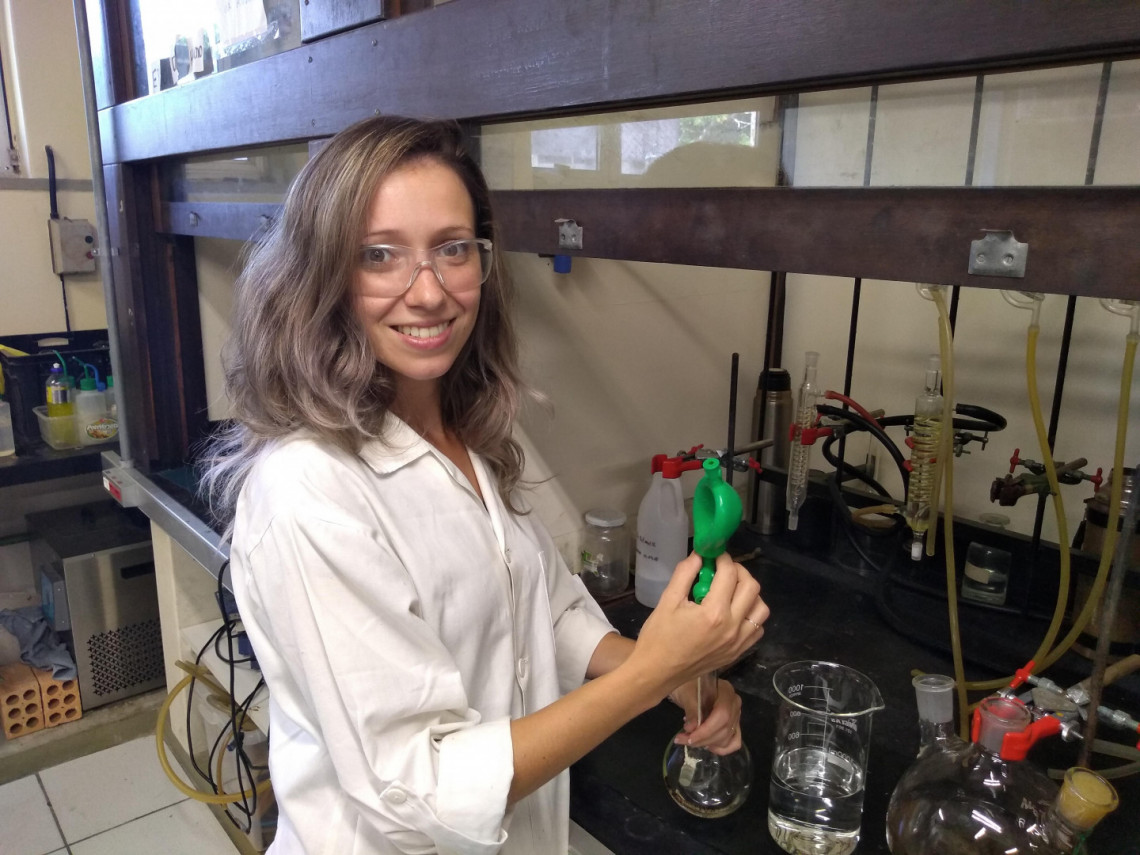 The project will contribute to the ICRI-BioM budget with more than 40,000 zlotys, with an estimated duration of one year and will be developed at ICRI-BioM facilities held at Lodz University of Technology.

ESIPT (excited stated intramolecular proton transfer) dyes are considered privileged scaffolds due their large range of applications and unique properties such as a sizeable Stokes shift and solid state fluorescence emission in the visible region. Due to the dynamic nature of the proton transfer, the fluorescence emission can be turned on/off by exposure to light. For these reasons, ESIPT dyes are very promising to design responsive materials.

When fluorescent dyes are covalently attached to a material, several advantages are observed, such as a better solvent resistance, easier processing and lower toxicity. Beyond this, ESIPT dyes can be employed as molecular probes for metal cations, anions, small molecules and for biomacromolecules as well. The project will encompass to obtain a new family of ESIPT dyes, as well their application in the functionalization of important biomolecules like squalene.

Since the development of responsive materials is quite attractive, we expect not only to make contributions to science and academia with these preliminary studies, but also to expand our findings to some technological applications as well.